Hotel Imperial Brugge (Bruges) - Small, romantic hotel with only 7 rooms. Guesthouse with bed and breakfast very centrally located in a quiet side street near the cathedral. Underground parking at the door. Charming family hotel, in the heart of the city of Brugge

The guest room has a private entrance, a kitchen with a sitting area, accommodation and a terrace.

Breakfast is served in the living room or on the terrace when the weather is nice.

Small playing-garden next to the house. 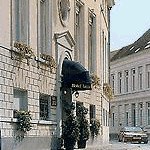 A hotel of character and charm. Centrally situated, only 5 minutes away from the market-place ("Markt") and 200 m from the "Biekorf" car park. Open all year round. What was formerly the Lucca warehouse has been converted, by us, into a soberly furnished hotel with 18 rooms. The breakfast room in the 14th century cellar is the only one of its kind in Bruges. A personal welcome awaits you so that you can enjoy an unforgettable stay in our beautiful city.
More information

Bart and Sanne welcome you to the Golden Tree Hotel Bruges. The hotel is totally non-smoking and the twenty comfortable rooms have bath or shower, hair-dryer, telephone, television, save and radio/alarm. We are conveniently located, only 15 minutes stroll from the Market Square of this beautiful old town, and only 50 metres from the Zand Square with its new concert hall and many bars and restaurants. A full buffet breakfast is taken in the elegant dining room. Car parking is available at € 15.00 per night, reservation required. 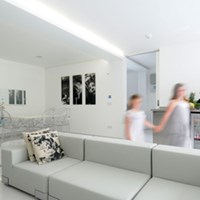 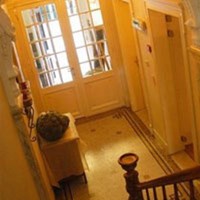 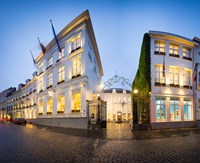 Charming, family-run 4-star hotel enjoying a prime location right in the heart of the historical city centre of Bruges, within walking distance (just 100m away) from the Market square (with its famous Belfry tower), all major attractions and main shopping streets. This elegant 17th-century listed mansion has been fully renovated with great flair and intensive care to detail. All rooms are spotlessly clean and enjoy air conditioning , free wifi, flatscreen satellite tv, in-room safe and complimentary coffee & tea making facilities. Also enjoy our delicious buffet breakfast and make free use of our indoor pool, sauna and state-of-the-art fitness room. Our private car park is exclusively at the disposal of our guests. Hotel Navarra is renowned for its warm atmosphere! 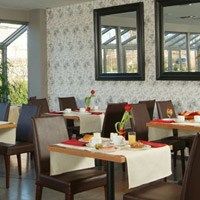 A hospitable hotel in the green belt around Bruges Brugotel is a 3-star hotel, which was completely renovated in the beginning of 2007. It is easily accessible and has a very spacious, free parking area. And all this only a few minutes away from the historic centre of Bruges. Brugotel is a hotel in lounge style. We offer you a combination of functionality and comfort in a pleasant atmosphere. Telephone, flat-screen television and Internet are available in every room. A broad breakfast buffet, a designer bar with terrace and the garden all combine to make our personal service complete. A warm welcome is a given. We are pleased to chat with you and to give you a brief overview of our unique city. In short, 4-star service at a 3-star price.
More information

Martin’s Relais comprises five exquisite houses on the bank of the Spiegelrei, Bruges’ oldest harbour. The hotel stands witness to the city’s glorious past.

In the 13th century, the five patrician homes belonged to state agents-hoteliers. They granted permission to foreign merchants to conduct business in Bruges; and they also offered them these dwellings as lodging for their stay in the city. So, the houses functioned as a residence, tavern, factory and storage space.

At the end of the Middle Ages, the central building of Martin’s hotel was called "Oud Huis Amsterdam" after the flourishing Dutch merchant city of that time. In the 16th century, the city alderman Jan de Boodt lived in the house next door – from whence the name "Den grooten Boodt". "Ten Duinenezel" and "Witte Monnik" served as a place of refuge in wartime and as the factory of the Cistercian abbey Ter Duinen. From the 16th to the 19th centuries, the houses changed owner frequently. Various merchants took up residence in them and traded in textiles, tapestries, wines and colonial wares. In the 18th century, the houses were rebuilt and adorned with the typical Bruges stepped-gable, two bull’s-eye windows, and a high round-arch door. Absolutely superb!

The houses in which Martin’s Relais is incorporated have evolved with the 700 years of Bruges’ history. Today, they stand witness to the city’s international merchant past – a past that was intimately connected with its harbor activities. Your visit to Bruges begins here.
More information

The hotel is just 5 minutes' walk from the Market Square, close to the railway station and to all the main cultural attractions of Bruges. It is the perfect base for exploring all aspects of the city of which we are so proud. Modern lounge with cosy open hearth Children's corner Terrace Internet + Wireless LAN Special rates for small groups.
More information 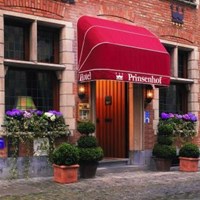 For those who are looking for a stylish and attractive hotel in the heart of Bruges, Dukes' Palace Residence is a perfect address. The hotel, hidden behind the façade of an old mansion, easily combines authentic charisma to contemporary comfort.

The large rooms, the hospitality of its collaborators and a strong focus on perfect service, change it into one of the highlights in its category.

As a guest of Dukes' Palace Residence you use all the facilities at Dukes' Palace *****. You only need to cross the street for this. 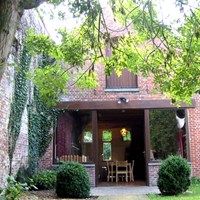 The 'KOETSHUIS' Bed and Breakfast Bruges is an authentic coach-house in the garden of an old mansion, in which the hostess and the host, both psychologists, have their practice. It is situated in a quiet street in the historical centre of Bruges, at walking distance from the station and the Market Square. The 'KOETSHUIS' has a spacious and cosy dining and sitting room with a open fire and two bedrooms. The private garden with terrace has a view on Minnewater Park (Lake of love) and its castle. Each bedroom has a bathroom with toilet, washstand and bath. Under the arched vaults of the dining room you find a kitchenette. The fridge contains different sorts of Belgian regional beer and bottles of wine at democratic prices. An extensive breakfast is served in the dining room or outside on the terrace. 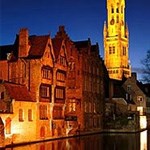 Allow yourself to be enchanted by this extraordinary waterfront residence with its half timbered façade and stained glass windows, at a unique location in the historic center of Bruges, were two canals cross.
Legendary boutique hotel ‘Relais Bourgondisch Cruyce’ has 16 luxurious rooms all individually decorated and equipped with all modern conveniences the discerning traveler expects.
Hospitality, comfort, and a personal service with an eye for detail in an exquisite, romantic setting, guarantee an unforgettable stay.

At De Vijf Zuilen, hospitality is taken very literally. For starters, we offer you a welcome drink. As soon as you pass the doorstep, you can sense the easy, relaxed atmosphere. No matter which room you choose, we can guarantee you cosy, authentical surroundings, incorporated into everyday comfort (your private bathroom with a shower or a bath, a washbasin and lavatory; in each room, there is a TV at your disposal). Our guests can freely use our private parking space and the spacious garden. Some extra facilities have been installed, like a separate room for smoking guests. For the kids, you can request to rent a child's bed or a cot (20 €). In the morning, breakfast awaits you in our central breakfast room. While enjoying the garden view, you can have a taste of the vast range of fresh products. At De Vijf Zuilen, you are at the right address, both if you are taking a few days off in Bruges or if you plan a longer stay.

NH Brugge is in a former monastery, right on Bruges’s city beltway and across the street from the Concertgebouw. It offers elegant accommodations with free Wi-Fi.

The rooms at NH Brugge feature a warm country décor and tastefully tiled bathrooms. Guests have a Nespresso machine and TV come with cable channels.

After a busy day, guests can have a drink in the courtyard or read a newspaper on the terrace. Guests can also go for a workout in the fitness center which overlooks the garden.

The on-site restaurant Ter Boeverie has a menu of both Belgian-French cuisine specialties and international dishes. An extensive breakfast buffet is offered every morning.

The central square “de Markt” and other tourist sites of Bruges historic center are within half a mile of NH Brugge.